Volunteer of the Year 2016 – Bryan Roppolo 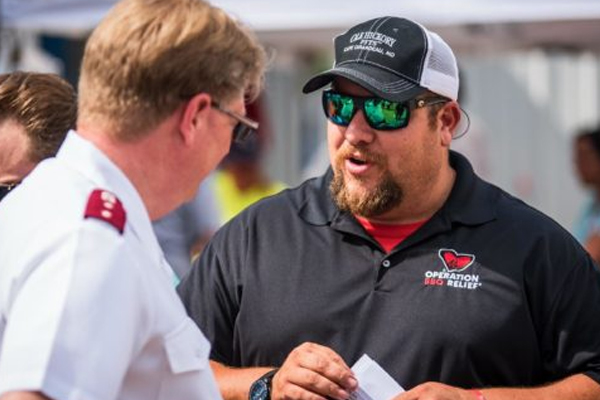 Bryan Roppolo, Operation BBQ Relief’s 2016 Rod Cramer Volunteer of the Year. In reviewing the nominations for 2016, Bryan was nominated and the executive team removed his nominations, as we have a long standing policy that the Volunteer of the Year can not come off The Board or the Executive Team. We were extreamly excited about the impressive list of nominees infront of us. As things were coming down to the wire and the team had vigerous debate over the amazing reasons all the nominees could and should have won, Bryan’s name started popping up again. We lost sight of the fact that Bryan was not on The Executive team in 2016. It then became clear to us, Bryan was the most amazing volunteer for OBR in 2016. It was hard for The Executive Team to work this award around Bryan in his presence, but we did.

Bryan’s contributions to OBR in 2016 are long. He ran two deployments in 2016 and participated in many more. The Hammond, LA Deployment served more meals then we have ever served in a disaster by three fold. He helped to put together systems over the year to ensure we could replicate that successful deployment. Bryan also built team infrastructer. As people met and worked with Bryan they were compelled to further steep themselves in OBR and with Bryan. Bryan’s leadership and volunteerism are beyond approach, but most people will recognize his contagous positive can do spirit as his greatest strength. Bryan Roppolo is the 2016 Rod Cramer Volunteer of the Year for Operation BBQ Relief. Congratulations and Thank Q for all you do!