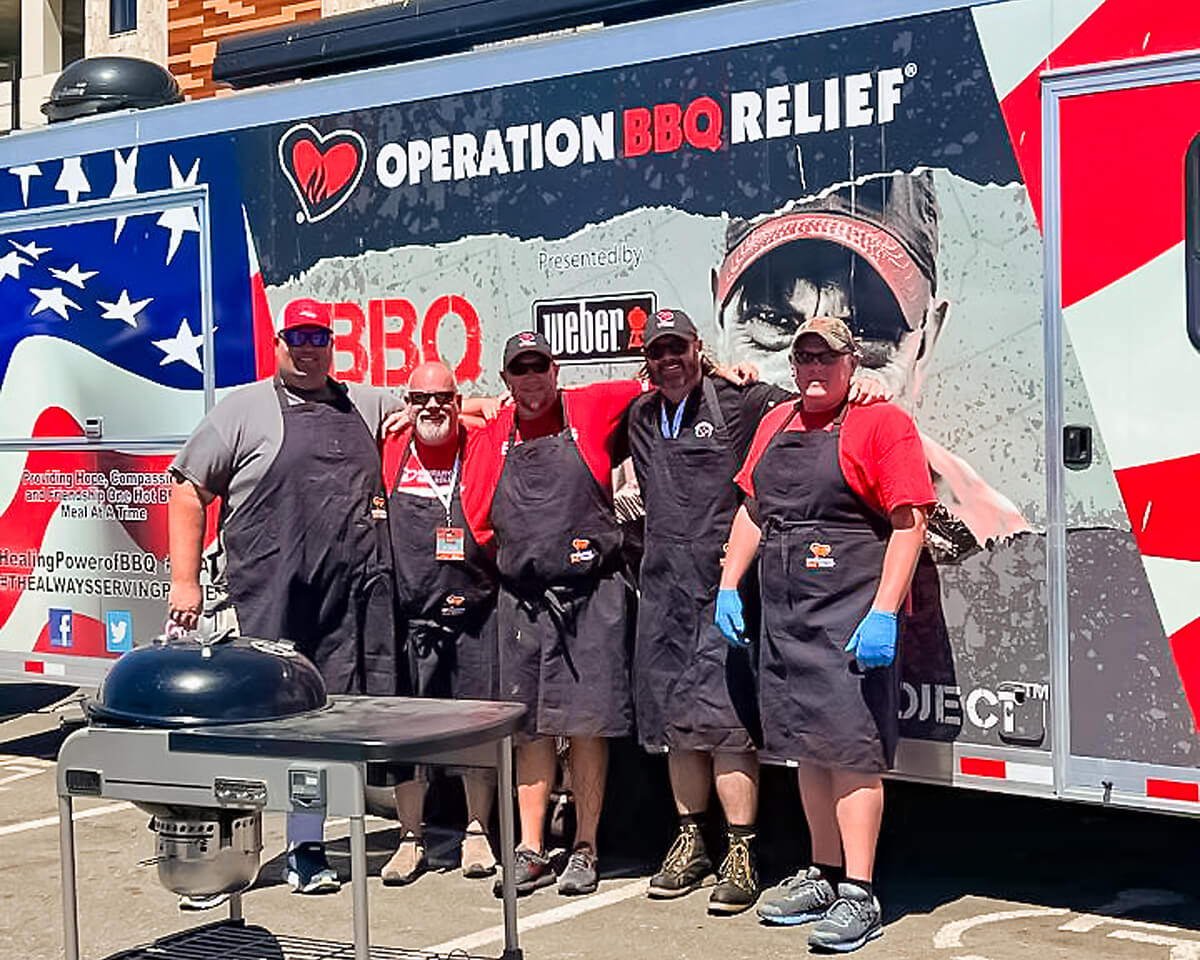 Operation BBQ Relief teamed up with the ilani BBQ Fest and Weber Grills to host BBQ Basics for first responders in Ridgefield, WA. Teams were from the Washington State Patrol, Woodland Police, the Clark County Corrections, and several other law enforcement organizations.

“I’ve already won,” said Steve Harris of the Cowlitz Tribal Public Safety, long before any judging occurred. “I got to learn from these guys. This is what they do. I love to cook. Sometimes it works out, sometimes it doesn’t. Hopefully with their mentoring, it will be able to work out more so than not.” 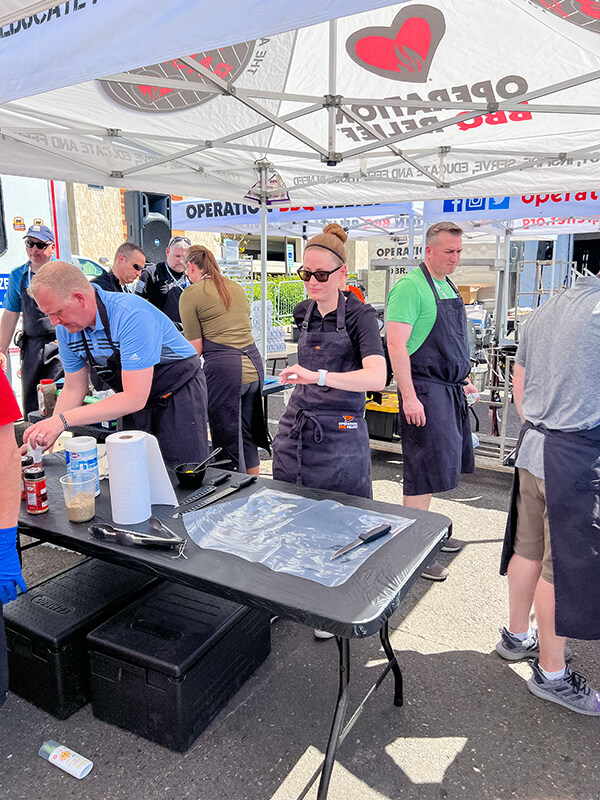 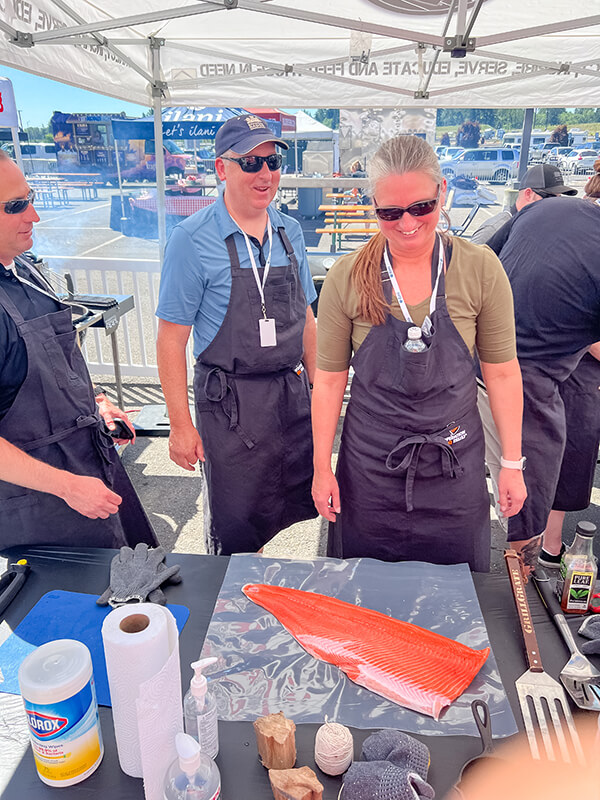 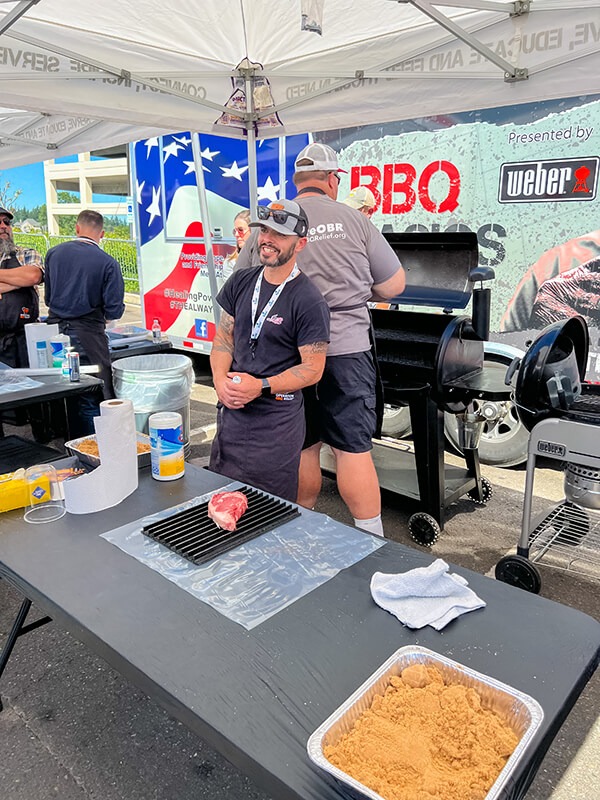 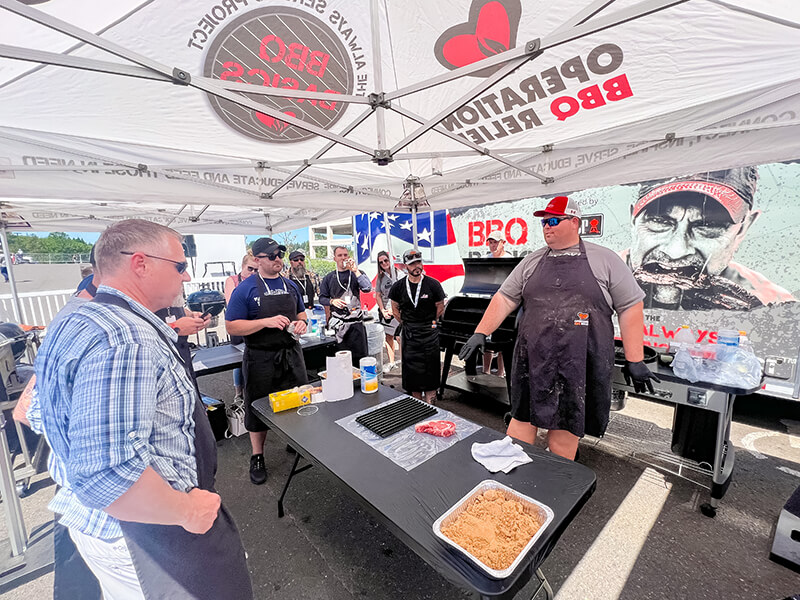 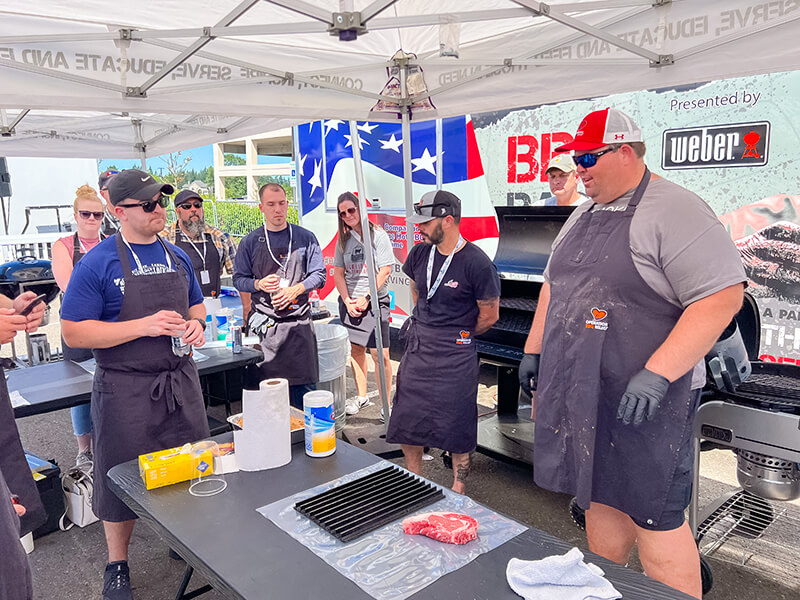